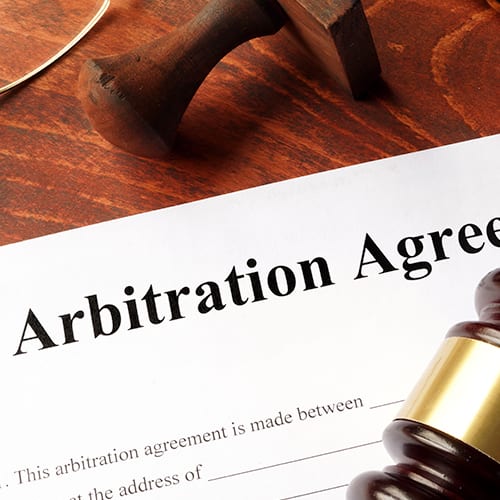 On October 24, 2017, tens of millions of Americans lost a key protection against abuse by bank and credit card companies when Mike Pence cast the tie-breaking vote in the Senate to repeal a Consumer Financial Protection Bureau rule that made it easier for people to sue banks and credit card companies. The rule prevented financial institutions from forcing consumers into binding arbitration and, as a result, opened up class-action suits as a way for people to join together to fight abuses.

Class-action lawsuits are a mechanism for bringing together many small claims into one case that would not be feasible to file separately.

Arbitration on the other hand is an incredibly expensive method of resolving disputes in secret, and the results are often slanted in favor of the industries who routinely hire arbitrators, i.e., banks and credit card companies.

Wells Fargo, for example, used arbitration clauses to block lawsuits by its customers who alleged that unauthorized accounts had been opened in their names. Ultimately, the bank estimated that as many as 3.5 million such accounts were opened.

The bank agreed to settle several class-actions suits, but not until the CFPB, the Office of the Comptroller of the Currency and the Los Angeles city attorney’s office fined the bank over those practices last year. Even in cases that the bank settled, it had argued that the plaintiffs could not sue because of arbitration clauses.

U.S. banks earned a record $171 billion in profits in 2016, whereas the cost of the CFPB regulation was less than $1 billion per year to the financial industry.

This development is important because many consumers unknowingly agree to binding arbitration when they open a checking account or sign up for a credit card or a prepaid card.  Unfortunately, the arbitration clause is buried deep within the contract’s fine print and is frequently overlooked.

With the repeal of the Consumer Financial Protection Bureau’s rule prohibiting financial institutions and credit card companies from forcing arbitration clauses on their customers, Washington has once again chosen to put the interests of their mega donors ahead of their constituents.