INVOLVED IN OUR COMMUNITY

Our commitment to serving the community goes back to the firm’s inception. The spirit of The Gibson Law Group’s community service can be found in the support our lawyers regularly provide as unpaid legal advisors, board members and active volunteers to a broad range of non-profit and charitable organizations. If you’d like to learn more about our work feel free to reach out directly. In the meantime though, a few of the community organizations we support include: 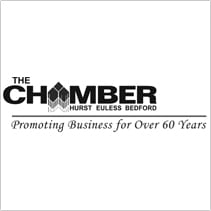 For more than 60 years, the HEB Chamber of Commerce has been a driving force in our community. Through a variety of activities, we work to continually improve the quality of life and economic strength of our three cities, Hurst Euless and Bedford, which we know as “HEB.”

Working in collaboration with our more than 800 members, we support local business recruitment/retention efforts and workforce development initiatives; we also help promote our members and work closely with local and state government officials. All of these activities are strategically designed to help us we pursue our mission of Advancing Business, Strengthening Community.

We are committed to excellence and honored to have received 4-star accreditation from the U.S. Chamber of Commerce. In fact, the HEB Chamber is one of just three percent of all chambers in the United States to have received this recognition. 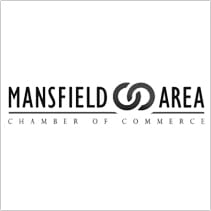 The mission of the Mansfield Chamber of Commerce is to facilitate progress and prosperity by connecting commerce and community. With more than 500 business members in the Mansfield area, opportunities for business growth, networking and professional development are plentiful. We hope to see you throughout the year, we partner with different community organizations, our city officials and Mansfield’s exemplary school district. If you are interested in plugging and participating, the first step is to become a Mansfield Area Chamber of Commerce member. We look forward to meeting you!

The Mansfield Area Chamber of Commerce is a voluntary organization of business professionals who have joined together in an effort to work towards providing the most vibrant environment to; “facilitate progress and prosperity by connecting commerce and community.”

The Irving-Las Colinas Chamber of Commerce

More than 65 foreign-owned companies operate subsidiaries here, giving Irving the distinction of being the third-leading city in Texas for foreign business investment. The presence of so many notable companies means a low unemployment rate — 5.9 percent compared to 6.9 percent statewide and 8.1 percent nationwide (May 2012) — and an enviable debt ratio. In fact, Irving is one of only a small number of cities in the United States that has earned a double AAA bond rating from both Standard and Poor’s and Moody’s Investors’ Services.

The city provides employment to more than 230,000 business professionals, making it the third-largest employment center in North Texas. 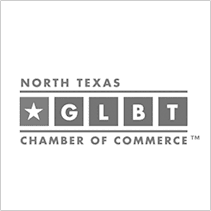 The North Texas GLBT Chamber of Commerce fosters an inclusive business community that promotes economic vitality, connects members, and advocates on their behalf. Since 2005 the North Texas Gay Lesbian Bisexual Transgender Chamber of Commerce has been the premier business organization for the GLBT community in North Texas. The Chamber is focused on the economic vitality of our area, our community, and the success of our members. It works to improve the economic vitality of our region and support the positive attributes of a diverse workplace, supply chain, and community. The Chamber brings together a diverse community of business people who offer a wide array of products, services, skills, and expertise. 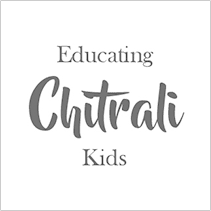 The Education Empowers Foundation for Educating Chitrali Kids is a non-profit organization committed to supporting the educational needs of the underprivileged children in Chitral. This region is located in Khyber Pakhtunkhwa, Pakistan and is the highest peak of the Hindu Kush mountain range stretching 25,289 ft. The terrain in this area is very dry, mountainous and is at risk of natural disasters, mainly earthquakes and floods.

The focus of the organization is to provide valuable support for children from three to sixteen-year-olds particularly those who are orphans, disabled and/or those who come from disadvantaged backgrounds.

Through the tireless efforts of the organization and their generous supporters, eligible children are given school uniforms, books, and stationery.  In addition, the organization has completed several important projects that will continue to have a positive impact on the lives of the Chitrali children for years to come. These include clearing playground space, the training of teachers and access to non-potable water for the school and in turn the entire village.

Judge Gibson and The Gibson Law Group are proud to support the valuable work of the Educating Chitrali Kids Organization.